by i3_admin in Eventi, Sport 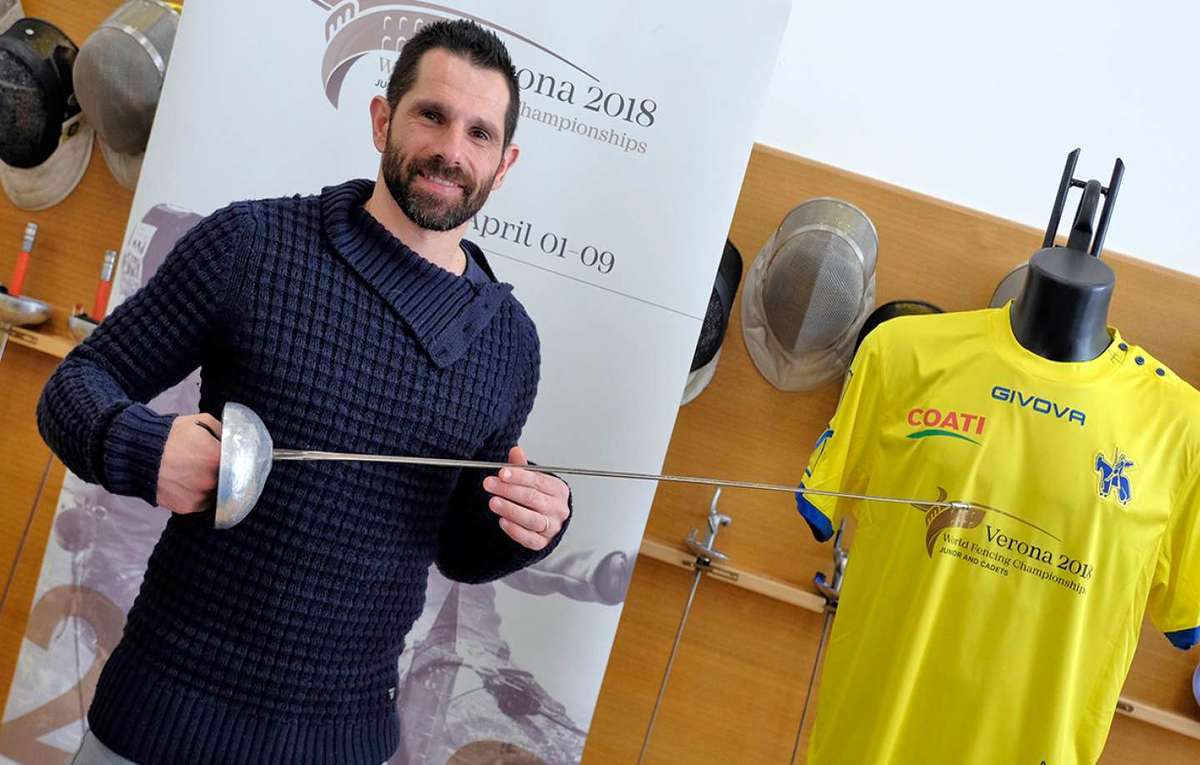 GRANDSTANDS: Layher Allround universal system, a unique system, has been widely tested in the creation of scaffolds; it is grandstands system base, it absorbs loads in total safety and excellently adapts to building or ground conditions. Comfortable ramps, solid decks, various seats options are provided, along with a good view ensured by terraces height to satisfy even the most exigent spectators.

Event crossbeams allow the 2.57-meter-long span to absorb up to 7,5 kN/m2 loads; the grandstand element fixes the inclination ad is a support for Event decks. Benches with a high number of seats, single seats assembled on benches to ensure the maximum capacity without renouncing to comfort, folding seats, single chairs with interlocking system for quick assembly.

Today, “Junior and Cadets – World Fencing Championships” have been presented. They will be held in Cattolica company headquarters from April 1 to 9, 2018. Two champions, Rossella Fiamingo and Valerio Aspromonte, also attended.
2018 will be an important year for Verona, since it will have the honor to be the fencing world capital. It is a sport with a long tradition in Verona, which will host 120 athletes coming from all over the world to fence from April 1 to 9 in Cattolica company headquarters. At today’s “Junior and Cadets – World Fencing Championship” presentation there were, apart from the general secretary of the Italian Fencing Federation, Giorgio Scarso, the mayor, the president of the Organizing Committee, Luca Campedelli, and also two official sponsors, Rossella Fiamingo, silver medal at Rio 2016 and twice world champion of women’s fencing and Valerio Aspromonte, team foil Olympic champion at London 2012.